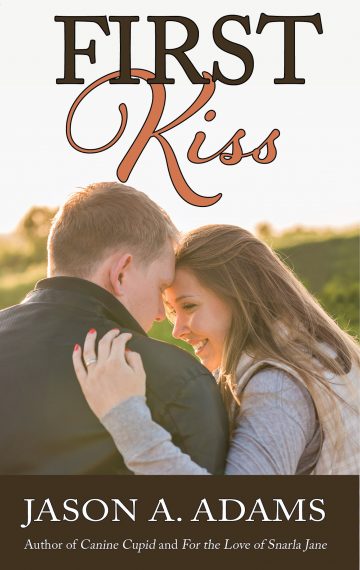 Amy Holbrook: a hometown lawyer who loves helping her neighbors.

Tony Stanley: recently returned from Atlanta and working to help his neighbors.

Join Amy and Tony as they move from assumptions to something more.

An excerpt from First Kiss:

Tony went inside, smiling as a shiny brass bell hung on the door announced his presence. The secretary or receptionist or whatever must’ve been surprised, because the first thing she did was choke on her donut.

He did his best to wait patiently as the secretary tried to get her food down. He also did his best to not chuckle or even crack a grin. Poor lady was probably embarrassed as all hell, and no point making it worse.

Besides, she sure was cute. About his age, he reckoned. Maybe a whisker younger. That chestnut hair of hers was clean and brushed, but not primped. No makeup to hide her face, either. Even from here he could pick up the aroma of clean skin and shampoo, no hint of smelly perfume. And she dressed comfortable, not classy.

No ring, not that a ringless finger meant single.

Ah well. Not like he’d be asking her out anyway.